There When You Need Us Most

What is the CPA?

Who is a consumer?

Who is a Supplier?

When does the CPA apply?

When will the CPA not apply?

What are the rights of the consumer?

What can a consumer do if a supplier fails to comply with the CPA?

What information should be obtained from the accused once s/he has been arrested?

Where can a person apply for bail?

The accused or his/her legal representative can apply for bail at the police station before the accused’s first court appearance, or at court.

What should a person do if bail is granted at the police station?

What happens at the hearing of the application for bail in court?

What should a person do if bail is granted at court?

Under what circumstances can bail be denied?

What will happen if the accused does not appear at court, or comply with the conditions of bail?

What happens to the amount paid for bail after the trial has been finalised?

What are the rights of the accused?

ACCUSED – a person who has allegedly committed a criminal offence like theft, rape or murder.

CONVICTION – the result of a criminal trial which was concluded and the accused was found guilty of the criminal offence charged.

CRIMINAL OFFENCE – act or omission (a failure to act when a person should have acted) punishable by law.

WARRANT OF ARREST – a document issued by a magistrate or judge of the court, authorising the police to arrest the accused.

WITNESS – a person who sees or hears something relevant to the criminal offence before court.

Adoption is the process where a person applies in court to be considered as the parent of a child.

Who may be Adopted?

Any child (a person younger than 18 years of age) may be adopted, where:

Who can apply to adopt a child?

Who must give consent to an adoption?

Can Consent be Withdrawn?

When is consent not required?

What is the adoption procedure?

What are the consequences of adoption?

What must a person do after a motor vehicle accident (“accident”)?

What must a person NOT do after an accident?

Can a person claim damages to his/her motor vehicle from the Road Accident Fund (“RAF”)?

How does a person know if the other driver was negligent?

A person alleging negligence will have to show that the other driver did not act reasonable in the circumstances, that the driver should have been able to foresee the damages s/he caused and should have taken reasonable steps to prevent such damages. These are some examples of negligent driving:

ACCIDENT REPORT – an official document containing all the details of the accident.

NEGLIGENT – the failure to take reasonable care, for example, recklessness.

WITNESS – a person who sees or hears the accident.

WRONGFUL – includes the intention to cause damage or negligence that caused damage.

What happens if a person is not insured?

There When You Need Us Most

Those charged with, or even simply accused of, a criminal matter often report feelings of disparity and isolation. If convicted they face the removal of their civil liberties and face threat of alienation from their family, friends and community. We help them and their families get through the crisis with as little damage to their lives as possible. Resolving cases with minimal impact on our clients is an important part of what we do. 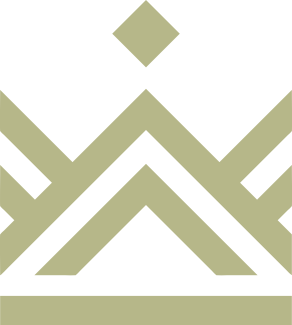